Since we’re not getting a glimpse of totality here in Delhi, aaadelhi.org will try to Syndicate a webcast from LIVE from Novosibirsk, Russia. You can also check out the syndicated video webstream links from University of North Dakota, Grand Forks team in China. Webcast from Novosibirsk is scheduled to begin on Aug 10 2008, 0900 UTC 1430 IST

Well folks, now since the best part is over, I leave it to my faithful computer to record the remaining feed from Xinjiang

Time to hit the sack folks!
This is the end of our LIVE commentary

LIVE CHAT
This Webcast has Ended ! Thanks for visiting

In recent times most of the eclipses have been visible with a very small fraction of the Sun being seen as eclipsed, from India. The last total solar eclipse from India had not been too happy an experience, with most of the totality belt having been clouded out during the eclipse. We now have the eclipses of 2008 and 2009, also falling in the monsoon season, and will therefore need to gear up and scan Indian Geography and its monsoon vagaries very carefully, to decide where we are going to be, to observe the 2009 Total Solar Eclipse.

The August 1st 2008 Total Solar Eclipse will be seen as a partial eclipse from India, so perhaps people might not travel to different locations in India, for this eclipse, and will more likely want to know what are the chances from their home location, of viewing this eclipse. Before we discuss anything else, it is very important to emphasise that viewing the eclipse with naked eyes would be very dangerous for the eyes. Viewing the Sun through a telescope or a binoculars without a proper filter is many times more dangerous – do not ever do that, it could destroy your eyesight. The safest way of viewing a partial solar eclipse is through the method of projection. Let us now, look at the circumstances of the August 1st 2008 eclipse, for different locations in India. We may be missing the totality of this eclipse, but, the northern parts of India do get to see a large fraction of the disc of the Sun eclipsed.

In this figure, adapted from http://eclipse.gsfc.nasa.gov/SEpath/SEpath2001/SE2008Aug01Tpath.html
The path of totality is marked in dark blue, and passes well to the North of India. The dark green lines indicate regions where the eclipse will start at the times indicated. These timings are in Universal Time (UT) to which we need to add 5.5 hours to obtain the Indian Standard Time. The light blue lines are contours of constant Eclipse Magnitude.

The Eclipse Fraction is defined as the fractional diameter of the Sun eclipsed, at the maximum of eclipse at any given point. The southern parts of the country will see between 20 -40 % eclipse fraction, the central regions between 40-60 % while the Northern parts of the country see between 60-70 eclipse fraction, at maximum, during the 2008 eclipse. There is another way of looking at a partial eclipse – through a quantity known as the Obscuration Fraction. The obscuration fraction is the fractional area of the disk of the Sun covered by the disk of the Moon. For Delhi, for instance, the eclipse magnitude is 62.26 % while the maximum obscuration fraction is 53.7 %. Using the box projection apparatus mentioned above, and by projecting an image of the Sun on to a graph sheet and photographing that image, one can make some estimates of the obscuration fraction as the eclipse progresses from beginning to end and check them against known theoretical values. Try it, it is great fun!
Here is a graph of the measured obscuration fraction of the eclipse of March 2006, compared with theoretical values. The measurement and comparisons were done by members of the Amateur Astronomers Association, Delhi, at an eclipse skywatch organized at the Nehru Planetarium, New Delhi.

The binocular/pinhole box projection apparatus can also be used to measure the relative angular diameter of the Sun and the Moon, using simple school geometry. To learn how to make a simple pinhole camera click here http://www.aaadelhi.org/node/7 This is an exciting activity to do, if we are located in the partial zones of a total or an annular eclipse. With such a measurement we can discern whether the eclipse is total or annular, in the central belt, even if we are situated far from the central belt. A kind of a celestial ventriloquism that we can practice 🙂

We might also be able to measure the position angle of the first contact point, with such an apparatus, if there is a sunspot visible on the day of the eclipse. The First contact is the very beginning of the eclipse as the first dent or a miniscule bite appears to have been taken out of the Sun – the first external tangency between the Moon and the Sun, as seen from a given location. The position angle of this contact point is defined as the contact angle measured counter-clockwise from the north point of the Sun’s disk.

There, we are all set, if we manage to do this carefully and obtain our East-West and North-South axis on our projected image that we capture just at first contact, we should be able to pull out the position angle of the first contact reasonably accurately.
So, go ahead and make your binocular box projection apparatus, or a simple projection apparatus for a telescope with a stand, and enjoy watching the eclipse safely. Be sure to do a little something quantitative, with measurement of some eclipse related parameters, to enhance your enjoyment of the eclipse! And look ahead, to the July 22nd 2009 Total Solar eclipse in India.

Some Tips on Solar Safety can be found on this page
http://www.aaadelhi.org/?q=node/6

Penned by Dr N Rathnasree, This article also appears in a Forthcoming issue of Krittika

Mark your calendars folks, its surya-grahana time in India again. Come July 2009 the moon will eclipse the sun as seen from India, Bhutan,Bangladesh,China, Japan and the Marshall Islands. Its going to be the longest solar eclipse for over a century and guess what, this time the path of totality passes through India. This eclipse pass over India comes after almost a decade. The last two eclipses happened in 1999 and 1995.

The eclipse begins on the 22nd of July 2009 at around 5:30 am IST in India and spends almost two hours passing the subcontinent. The path of totality will pass through central India passing over Surat, Ujjain, Baroda, Bhopal, Patna, Darjeeling, and Dibrugarh in the far east. Rest assured the Bohemians will be out there somewhere chasing the eclipse.!!!!

The use of homebrewn filters is recommended to seasoned astronomers only who understand the risks involved! There are however very simple ways to observe an eclipse without putting your eyes in harm”s way

One of the simplest method to observe the sun safely is through a pinhole projection camera. This can be used for viewing the partial phases of the eclipse. During totality however, it is perfectly safe to watch the eclipse naked eye.

To learn how to make a pinhole camera CLICK HERE

Alternatively you may use a solar filter

The first thing you must remember is that the human eye has no nerve endings, so if you burn your retina, it will not hurt. 😛 , which is all the more reason that caution is advised while observing the sun

It is never safe to look at a partial or annular eclipse, or the partial phases of a total solar eclipse, without the proper equipment and techniques. Even when 99% of the Sun”s surface (the photosphere) is obscured during the partial phases of a solar eclipse. This is primarily because nearing totality the ambient light levels become so less that our pupils dilate and the iris tries to allow in more light into the eye.

During the partial phase any surge in sunlight, like the one seen during a diamond ring formation can cause excessive solar radiation entering the eye and causing a burn on the retina.

In spite of these precautions, the total phase of an eclipse can and should be viewed without any filters whatsoever. The naked eye view of totality is not only completely safe, it is truly breathtaking 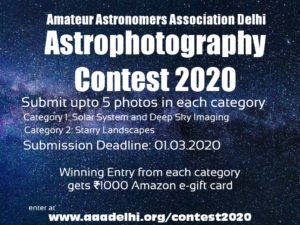