First shot of Martian atmosphere as seen by Mangalyaan. 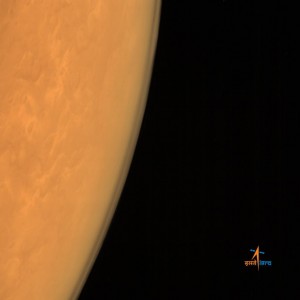 ISRO scientists recently reawakened the frozen orbiter Mangalyaan or short MoM, from its deep slumber, test firing its main rocket motor for 4 seconds. The risky phase went smoothly and according to ISRO 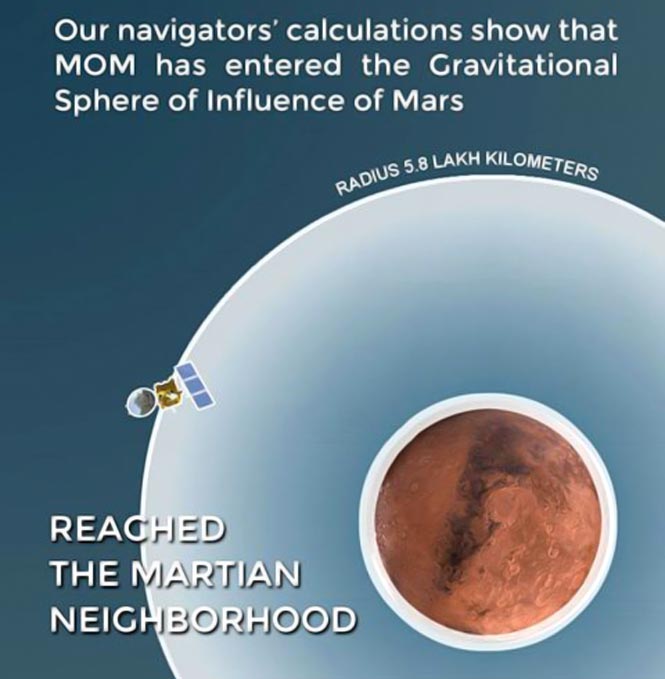 the craft will reach Mars tomorrow. The sensors aboard the craft are already detecting acceleration in the craft as it is being pulled into Mars’s gravitational well ( or fancily called Mars sphere of influence ) indicating that it is already in the neighborhood of the red planet… as expected 😛

Tomorrow, the probe will autonomously fire its liquid apogee motor (LAM), when the craft is eclipsed by the red planet from our view on earth.

Mangalyaan first perform a back flip to point its main engine against its current velocity vector, i.e. the direction its flying in. It’s speed will drop significantly and get caught in a highly elliptical orbit around Mars ( see ISRO graphic )

If the LAM fails to fire, ISRO is banking on eight smaller engines which may be used alternatively. Commands related to all of these scenarios have been already uploaded into the craft a few days ago. If nothing works, short of a spacecraft exploding in deep space ( just kidding ), the orbiter would just shoot past Mars and the get hurled into a trajectory that would send it out of the solar system.